President Akufo-Addo’s announced trip to France, Belgium and South Africa was met with cynicism by a section of Ghanaians who said it would be a fruitless enterprise since every country is faced with a form of economic meltdown or the other.

Some labelled the trip as a tragic waste of the country’s resources since we need a lot of cash to continue warding off the deadly coronavirus pandemic.

Some estranged but self-styled founding fathers of the NPP were on social media platforms, lambasting the President, describing the Ghana Beyond Aid agenda as a mere rhetoric, a dream that exists only on paper simply because the President has travelled to seek aid.

These people seem to ignorantly propagating this line in an era of COVID-19 when all such policy proposals have suffered some setbacks.

With their carnivorous lips, they went after President Akufo-Addo, dampening his spirit with these negative commentaries in their desire to make him a walking insensitivity.

The President’s trip to Brussels has brought golden ornaments, contrary to the expectations of these naysayers, pessimists and politically motivated elements.

First of all, the European Union has served notice that Ghana’s money laundering tag will be removed by June this year.

Impliedly, Ghana is no longer considered as a haven for money laundering and terrorist financing by the EU.

Financial Action Task Force which is the watchdog for money laundering and terrorist financing will soon announce the above.

It is refreshing to state that the President’s trip has also yielded another fruit which would be the envy of many of its peers on the continent.

The country has been selected as a possible manufacturing hub for coronavirus vaccines. This will be supported by the European Investment Bank, EIB.

Another heartwarming news from this trip happens to be the €170 million from the European Investment Bank to help establish the Development Bank, Ghana.

These mouthwatering results from this trip far outstrip the discordant hymns being hummed by these unpatriotic citizens of the land whose only motive is to see Ghana sink so that they could be elected to take over from the NPP.

Brussels has been good to us whereas it has drowned the negative expectations of these anti-Ghana sentimentalists.

P.K.Sarpong, Whispers from the Corridors of the Thinking Place. 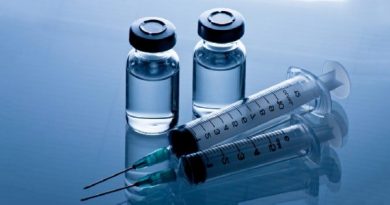 My abc Live is an investigative media house that focuses on politics, sports and the economy.
Our work is thoroughly researched, balanced and fair.
Our vision is to become the most preferred indigenous news brand for people in West Africa.

This message is only visible to admins.